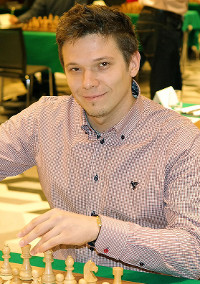 Every chess fan has been waiting for this match, which is the most important event of the year. I believe the rematch is going to be more interesting than last year’s match!

First of all, it’s not the best year for Carlsen – since he won the World Champion title he has lost seven classical games. Of course his overall results shows that he is still the best player in the world and the favourite in this match, but unstable form gives hope for Anand. In every interview Anand is claiming his positive frame of mind. It’s also supported by the results – in the Candidates tournament this year he showed that last year’s lost title to Carlsen was definitely not his last word. No one expected him to win with a full point advantage. By following up with winning Bilbao Masters in September he proved he is ready to fight back.

It’s also interesting to mention the last two games between the contenders. In the World Rapid & Blitz Championship in Dubai Anand won the rapid game after Carlsen blundered in the endgame. The blitz game finished with a draw. Someone might say it’s not important as it wasn’t classical chess, but psychologically it always brings some difference.

I wish you to enjoy watching the games and remember to bet and check the updates here on chessbet.com after every round!